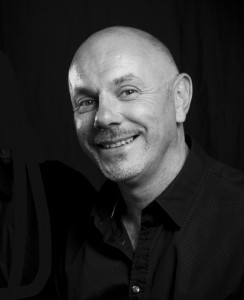 His collaborative ventures have included a decade of intense study of the piano duet and two piano repertoire with Clifford Lee, formerly a piano professor at the Royal College of Music.

For well over thirty years Paul has been a consistently prominent name in the keyboard world. A regular broadcaster in the U.K. (including the BBC) and internationally, Paul has also appeared on TV in the U.K. and the USA and has been a prolific writer for music journals.

Paul has combined a hectic performing schedule with owning and running his thriving West Country Entertainments agency, Wessex Entertainments. His agency has secured thousands of engagements for musicians and entertainers throughout the south west of England and nationally. 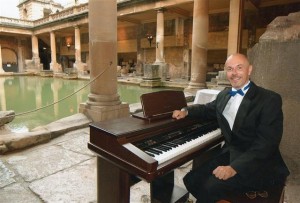 In 1994 he completed a decade as joint resident musician with Brian Sharp at Sandford Park in Dorset playing both pipe and electronic organs during their long summer seasons.

In more recent years, Paul’s concert tours have taken him abroad to various parts of Europe, and he has toured the USA (including Hawaii) and Canada thirty five times. Highlights in the last decade include two shows in Las Vegas and a solo concert in New York’s Radio City Music Hall – the largest indoor theatre in the world. He has also toured South Africa, Australia and New Zealand performing concerts in every major city.

In addition to his solo performances Paul has a wealth of experience in working with other musicians and entertainers in summer seasons, cabaret and as a musical director for theatre shows.

Paul has held recording contracts with ‘Sounds Ultimate’, ‘Telstar plc’, ‘Castle Communications’ and ‘Sanctuary Records’ and has twenty seven commercial recordings and videos to his credit.